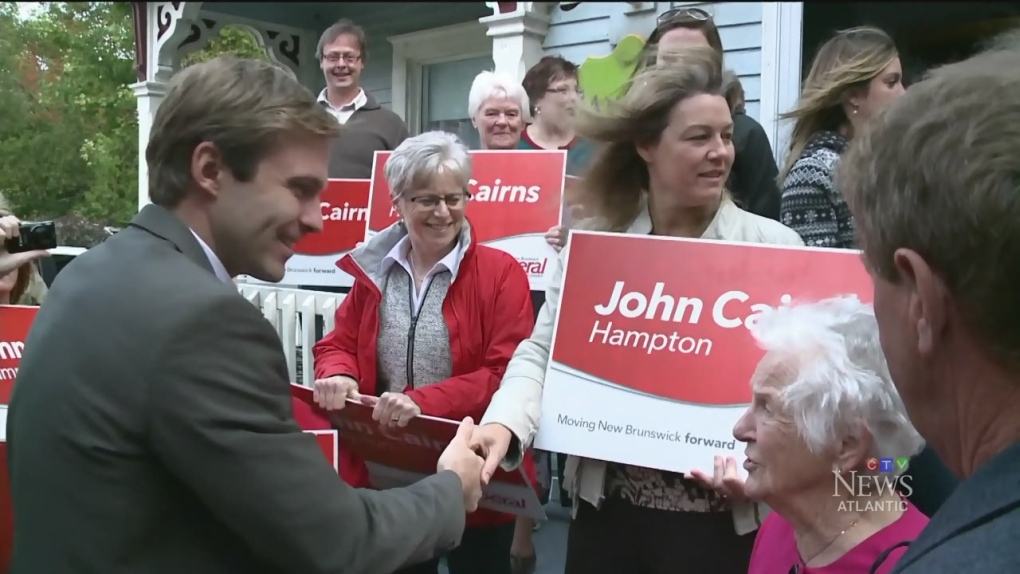 FREDERICTON -- Plans for a French-language election debate have been scrapped in New Brunswick, with the Liberals and Tories each blaming the other -- and even Quebec's premier expressing disappointment.

Radio-Canada Acadie cancelled plans after Progressive Conservative Leader Blaine Higgs said he couldn't debate in French but another candidate could step in, and the Liberals said they would only be in a debate with the leaders.

Denis Robichaud, executive producer with Radio-Canada Acadie, says a number of options were presented, but the Liberals only wanted a leaders' debate.

"The leader of the PC party is not able to debate in French, so that is the first step. We came back with other options, and the main reason why we weren't able to go with those options is because the Liberal party only wanted a debate that would oppose the leaders," Robichaud said.

Higgs said he's working hard to learn French, but is not fluent enough to take part in a debate, and can't understand why the Liberals wouldn't agree for another candidate to replace him.

Robichaud said the suggestion of a people's forum with questions from the public in both English and French drew complaints from various francophone groups who wanted a French-only debate.

In a letter to Radio-Canada, the New Brunswick Liberal Association also opposed such a forum.

"It is not a debate. Each leader making a statement in response to each question with no interaction with the other leaders prevents New Brunswickers from seeing any contrast between positions and even prevents leaders from being held accountable for their claims by their counterparts," reads the letter, signed by campaign co-chairs Joan Kingston and Serge Rousselle.

Quebec Liberal Premier Philippe Couillard voiced his opinion Friday, saying it's regrettable that there will be no French-language debate in New Brunswick.

"The Acadian community is a major part of francophone Canada. I have agreed, with open arms, to take part in an English-language leaders' debate so members of the anglophone community also have access to a political debate," Couillard said.

"So I find it regrettable but that is an internal debate for that province."