Rehtaeh Parsons was out of reach of those who could help her: report

HALIFAX -- In the months before she committed suicide, 17-year-old Rehtaeh Parsons could have turned to a variety of programs aimed at troubled youth, but she often remained out of the reach of those who could help her, a new report says.

An independent review of the school board's handling of her tragic case released Friday concluded the Halifax Regional School Board could have done a better job, but it was hindered by the fact that she was rarely at school.

"Even though there were communications as she transferred (between schools) ... it doesn't seem as if the adults in her world were able to help her as she was going through this trauma," co-author Debra Pepler told a news conference.

"Nobody was able to grab hold of her and help her navigate that."

Rehtaeh hanged herself April 4 and was taken off life-support three days later.

Her family alleges she was sexually assaulted by four boys in November 2011 and that a digital photograph of the incident was passed around her school in Cole Harbour, prompting months of harassment through social media.

The RCMP have said they looked into the allegations but concluded there were no grounds to lay charges. They have since reopened their investigation after receiving new information. The Nova Scotia government says it will review the RCMP's original investigation.

The case and a number of other high-profile cyberbullying cases has sparked a national debate about online harassment.

Soon after Rehtaeh's suicide, Prime Minister Stephen Harper addressed the issue in the House of Commons, at one point declaring: "We absolutely must speak out against the notion that some people have that 'anything goes' on the Internet."

Harper has promised criminal legislation later this year that could include a ban on distributing intimate images without consent.

The school board review commissioned by the provincial government says cases like Rehtaeh's are all too common.

"Rehtaeh Parsons' story is one of too many in Nova Scotia and across Canada involving young people who see no way out of their problems," said the review.

"This is why our emphasis has to be on prevention of bullying, cyberbullying and sexual assault."

However, the review said Rehtaeh's constant truancy made it difficult for school and mental-health officials to keep an eye on her, said Pepler, a psychology professor at York University in Toronto.

"It just didn't seem that it was possible to, in some sense, hold on to her and get her where she needed to be. That might have been in school or a youth mental health system -- she needed to be somewhere other than by herself."

"Almost all policies in every school district assume that kids are in school," said Milton, a former CEO of the Canadian Education Association. "So if the child is not in school, it's really difficult to say the policies were followed."

Milton said no complaint was lodged with the school because the girl's parents first called police when they learned of their daughter's ordeal.

Staff at Cole Harbour High School took no action because Rehtaeh was transferring to another school by the time police alerted school officials, the review said.

"The school to which Rehtaeh transferred received no information about these events and did not get to know Rehtaeh well since she was registered for a very short period of time and did not regularly attend," the review said.

Milton said the school board should improve its information-sharing policies.

The report also said the Parsons family faced challenges when they turned to Nova Scotia's mental health system for help.

Rehtaeh's father, Glen Canning, took her to the IWK Health Centre in March 2012 when she became suicidal, about five months after she was allegedly sexually assaulted, the report said. She stayed there for five weeks.

The report raises serious concerns about the policies and procedures at the Halifax hospital, which provides mental-health services for children and youth.

"The parents raised real questions with us about the treatment at the IWK," Milton said, adding that other parents and youth came forward to tell the reviewers about their challenges at the hospital.

Marilyn More, a Nova Scotia cabinet minister who has been appointed to oversee the province's response to Rehtaeh's case, said the Health Department will conduct a review of the IWK's mental-health programs and policies.

IWK spokesman Nick Cox said the hospital couldn't comment on any specific allegations because of privacy concerns. However, he said IWK staff welcomed the opportunity to work with the government on the latest review.

Rehtaeh's parents couldn't be reached for comment, but her mother Leah issued a statement on Facebook, saying the family needed time to read the report.

"We will be speaking out about our thoughts once we can absorb this information more thoroughly," she wrote.

Most of the 13 recommendations in the review offer somewhat vague suggestions on how to improve collaboration within the province's health, education and justice systems.

More said the government has accepted every recommendation, including one that takes aim at a school board policy regarding transfers of high school students.

Under the Halifax board's existing policy, Rehtaeh was thwarted in her attempt to return to Cole Harbour High School because her earlier transfer to an "out-of-area school" was considered permanent. 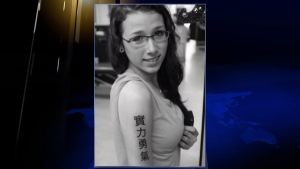 Report into Rehtaeh Parsons case calls for review of IWK