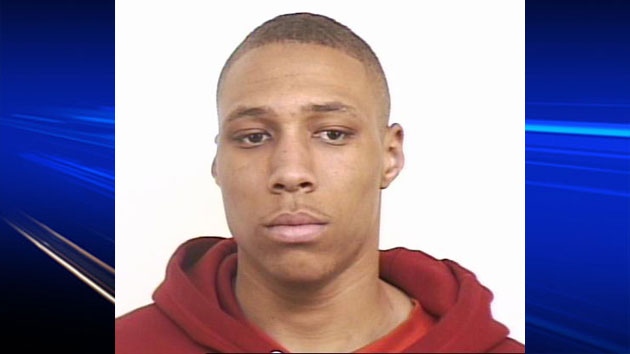 Police found 20-year-old Christian Enang Clyke inside a home in the 100 block of Thornhill Drive in Halifax around 11:30 p.m. Thursday.

A second man has been arrested in connection with a violent home invasion in the Halifax area.

Police found 20-year-old Christian Enang Clyke inside a home in the 100 block of Thornhill Drive in Halifax around 11:30 p.m. Thursday.

He was arrested and taken into custody.

Clyke and 21-year-old Anthony Michael Leadley each face 23 charges, including two counts of attempted murder and several weapons offences, in connection with the home invasion.

Police responded to an apartment in the 100 block of Forbes Street in Spryfield after 10 p.m. Tuesday.

They say two men – one armed with a gun – had broken into the apartment and confronted the occupants.

The suspects chased a man out of the apartment and police say at least two shots were fired.

The suspects then fled the scene.

A Canada-wide warrant for Clyke and Leadley’s arrest was issued Wednesday afternoon.

Police found Leadley inside a home in the 100 block of Windmill Road in Dartmouth around 6 p.m. Wednesday.

He was arrested without incident and taken into custody.

Leadley is due in court on Feb. 21 while Clyke is scheduled to appear on Feb. 22.