HALIFAX -- Nova Scotia is reporting one new death from COVID-19, bringing the province's total number of deaths to 10.

The latest death was at Halifax's Northwood long-term care home, where six of the province's 10 deaths have now occurred.

"This is a deeply sad day for the family and loved ones of this individual, as well as everyone at Northwood. Nova Scotians offer their heartfelt condolences to them," said Premier Stephen McNeil. "We will all get through this extraordinarily difficult time by pulling together and supporting each other."

The 16 new cases is the lowest reported single-day total in the province since April 3.

Premier Stephen McNeil and chief medical officer of health Dr. Robert Strang are expected to issue an update at a news conference Tuesday at 3:30 p.m. AST.


As of April 20, the province reports ten licensed long-term care homes and unlicensed seniors' facilities in Nova Scotia with cases of COVID-19, involving 128 residents and 62 staff.

The province says 286 people have recovered from the virus and their cases are considered resolved.

Eleven people are currently in hospital. Three of those patients are in intensive care units.

The latest death is the province's tenth COVID-19 related death, with the last six all coming from Halifax's Northwood long-term health facility

Five other people died this weekend at Northwood Halifax campus; two on Saturday and three on Friday.

Nine of the 10 confirmed COVID-19-related deaths in the province have been connected to long-term care facilities.

On Saturday, Shannex confirmed that a resident who lived at Harbourstone Enhanced Care in Sydney, N.S. died in hospital from COVID-19 on Friday.

On April 6, a woman in her 70s died at the Cape Breton Regional Hospital, becoming the province's first COVID-19-related death. It was later revealed that she was a resident at the Northside Community Guest Home in North Sydney, N.S.

Dr. Robert Strang says that of the 16 new cases in the province, only one of the positive cases is a resident at Northwood, but he expects those numbers to continue to rise as soon as Wednesday.

"That may seem low compared to what we had in the last few days. We know that because of all the transition happening on Saturday, there was very little testing happening on Saturday at Northwood. Enhanced testing started on Sunday, and over the next few days I expect we’ll see the results of that enhanced testing and fully expect to see the number of positives going back up again,” said Strang.

As of Tuesday, a total of 112 residents and 40 staff members at Northwood’s Halifax campus had tested positive for the coronavirus.

On Tuesday, 15 of the 16 new positive cases were confirmed in the central zone, which contains the Halifax Regional Municipality.

One new case was confirmed in the western zone, with no new cases reported in the northern or eastern zone of the province. 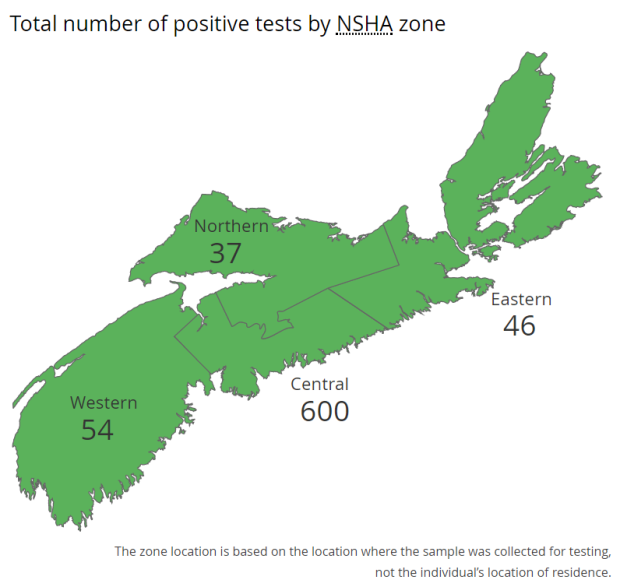 What day is it? Why you may be losing track of time in quarantine

'Things will be different': B.C.'s top doctor says some restrictions likely in place for at least a year