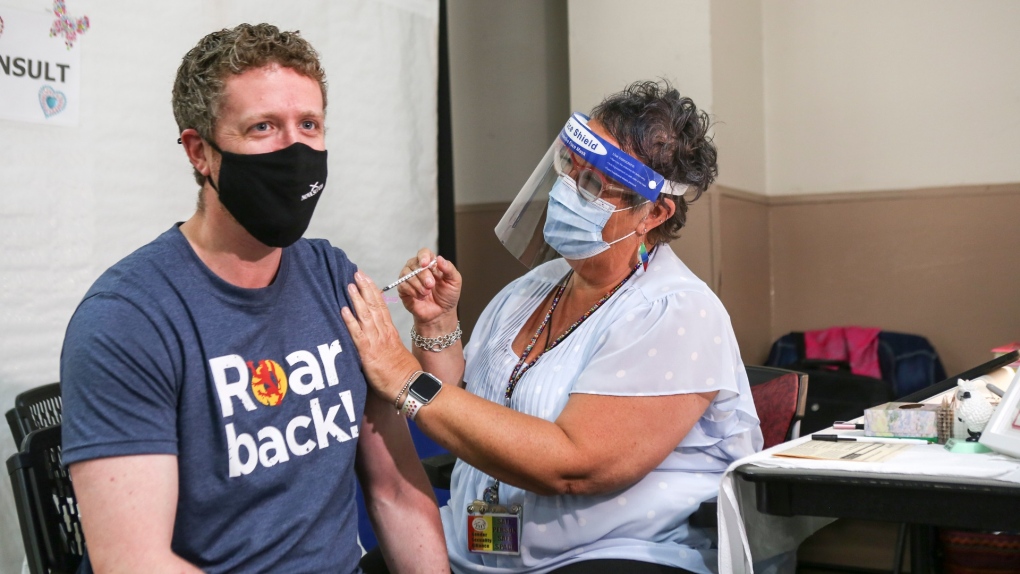 HALIFAX -- After a slow start, Nova Scotia’s vaccine rollout has picked up speed and is now ahead of schedule, according to health officials in the province.

With a steady supply of vaccine, Nova Scotia expects to reach 75% population immunity in September. These projections are based on Pfizer supply only and could change if the supply of the Moderna vaccine increases.

As of May 24, about 48.2 per cent of Nova Scotians have had one or more doses of the vaccine.

The province also announced a plan to speed up the delivery of second doses by two to four weeks.

Starting in early June, those who are first in line for their second dose will be able to move their appointment up. Notices will continue over the following weeks, reflecting the same order as first dose appointments. This will continue until all second doses are rescheduled.

For example, someone who received the first dose of vaccine on March 22 would be due for the second dose 105 days later, on July 5. That person will be able to reschedule the second appointment for as early as the week of June 20.

Notices will be sent by email to the account provided at the time of booking. Those who did not provide an email are encouraged to call 1-833-797-7772 to add an email address to receive the rescheduling notice.

“We will be following the same process and sequence for moving up second doses as we did for the first dose,” said Dr. Robert Strang, Nova Scotia’s chief medical officer of health. “Starting with health-care workers and then into our age-based approach, this will allow people to reschedule their second dose sooner, into any available appointment in any clinic across the province.”

The National Advisory Committee on Immunization guidance allows the mixing of mRNA vaccines if a matching dose is not available. Anyone who received a first dose of Moderna will be able to receive a second dose of Pfizer if Moderna is not available when they reschedule their second dose.

The use of AstraZeneca vaccine in Nova Scotia is still paused. The province expects more guidance in early June from the National Advisory Committee on Immunization on second doses for those who received a first dose of AstraZeneca. Health officials say July 5 is the date the first group of Nova Scotians is due for a second dose.

The province says they are taking the following steps to help Nova Scotians who need assistance getting their vaccine:

As of Tuesday, 510,054 doses of the COVID-19 vaccine have been administered in the province.