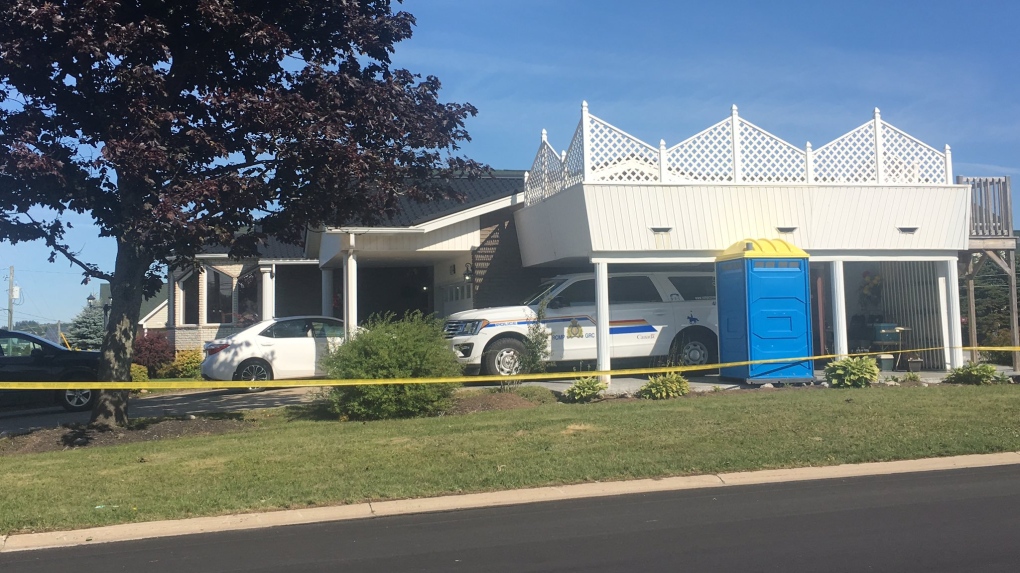 The RCMP are investigating a double homicide at a home in Dieppe, N.B. (Kate Walker/CTV Atlantic)

HALIFAX -- The RCMP is now looking for a second vehicle as they continue to investigate the homicides of a man and woman in Dieppe, N.B.

Police were called to the couple’s home on Amirault Street on Sept. 7. The bodies of 78-year-old Bernard Saulnier and 74-year-old Rose-Marie Saulnier were found inside.

Investigators don’t believe their deaths, which were deemed to be homicides, were random incidents.

Police said Tuesday that they were looking for a black, four-door sedan in connection with their investigation.

Now, police say they are also trying to track down a black Infiniti SUV, which may have been in the Amirault Street area during the overnight hours of Sept. 6 to Sept. 7.

Anyone with information about either vehicle, or the investigation, is asked to contact the RCMP.