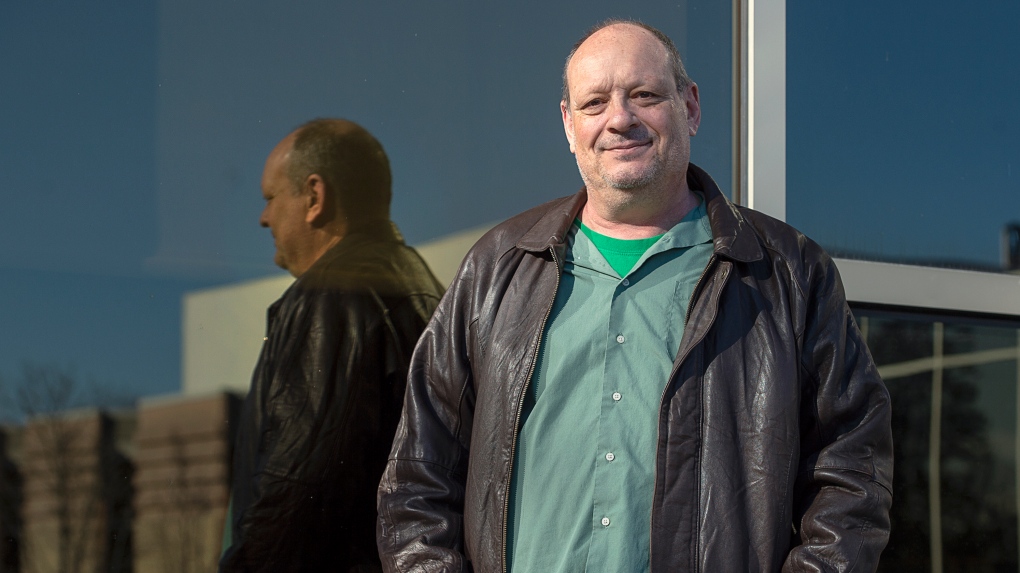 Zachary Zimmer, the Canada Research Chair in Aging and Community at Mount Saint Vincent University, stands on campus in Halifax on Wednesday, March 17, 2021. Researchers from the school along with others from the United States, Singapore and Vietnam, are studying the effects of the Vietnam War on the aging population that were a part of the conflict. THE CANADIAN PRESS/Andrew Vaughan

HALIFAX -- Researchers from Nova Scotia are coming together with an international, multidisciplinary team to study whether the Vietnam War has affected the aging of people who lived through it.

Zimmer and his colleagues are trying to determine "whether we can see markers on the genes that are common among people who have had these experiences," he said in a recent interview.

The study, called "The Long-Term Effects of War on Biological Aging: The Case of Vietnam," recently received $1.2 million from the Canadian Institutes of Health Research.

It expands on a 2018 project funded by the National Institutes of Health in the United States called the "Vietnam Health and Aging Study."

That study collected data, including biological and sociological information, from some 2,500 people randomly sampled from above the 17th parallel in what once was referred to as North Vietnam. Zimmer's project is analyzing a second set of data collected from participants in the 2018 study.

"From the very, very early analysis that we've done on the first wave of data, it is actually quite astounding how robust the negative effect of wartime exposure seems to be in our sample," Zimmer said, adding that higher exposure to trauma earlier in life seems to be connected with health problems later on.

Participants include members of the military, of militias and civilians who lived through the height of the war, from 1965 to 1975. The diverse range of people and experiences will offer a variety of sociological and biological markers to showcase how, and if, trauma has long-lasting effects on how the human body ages, he said.

Alan Cohen, Universite de Sherbrooke professor in the faculty of medicine and health sciences, said his role in the study is to analyze participants' biology in order to measure the aging process.

"The goal is to understand how serious trauma gets under our skin," he said in a recent interview.

"If we want to look at the impact of the Vietnam War or any other war or trauma on the aging process, we need to figure out how do we measure that aging process that might be changing," he said.

"We know when you were born, but how old is your body? That's a whole other challenge to be able to measure that."

One of the markers Cohen plans to analyze is called allostatic load, which he said measures the general wear and tear a body experiences from stress.

"Hardening you, but making you more brittle."

Along with biological markers, the study will analyze how social circumstances -- related to things such as families, support systems and careers -- affect the way trauma imprints itself on the body into old age, Zimmer said.

For University of Utah sociology Prof. Kim Korinek, another key figure in the study, the project will be a way to measure the effects of war on those who may not have had direct contact with the conflict -- an area, she said, that's gone largely unstudied.

"I don't think that studies have paid enough attention to those on the margins of these conflicts, but they have been affected," Korinek, director of the university's Asia Centre, said in a recent interview.

Zimmer said he hopes the research will reveal the link between how people age and their experiences earlier on in life.

"You can't really understand old age by looking at someone just in old age without asking how they got there, what kind of experiences they've lived through in order to get there."

This report by The Canadian Press was first published March 18, 2021.